I'm excited to say that Timelines 1.4 is available now. I've been working on it for quite a while and I'm happy to finally ship it. You can download the update on the App Store.

When deciding what to include in this update, I once again leaned heavily on user feedback. I'm really grateful for the fruitful discussions I had with many Timelines users.

In more specific terms: for this update, I wanted to make the tracking more seamless, to make Statistics more useful for finding out how to become more efficient. And I also wanted to make it easier for new users to get started with the app.

Up until now, Timelines for Apple Watch was very basic. You could start and stop timers, plus set a name of the tracked event, but that was it. It also had some problems recently.

For update 1.4, I wanted to really focus on the watch app and make a major overhaul of it. I wanted to preserve the quickness of interactions while making it easy to access some desirable additional features:

I also investigated an infamous issue of timelines list not being synced - that should now work reliably as well.

Here's a quick video showcasing this:

This was a highly requested change, and it's obvious why. With the original layout, individual rows for timelines were taking up too much space. That meant that if a user had more than ~8 timelines, they just wouldn't fit into the available space.

I came up with a two-column layout that fixes that. Here are before and after screenshots: 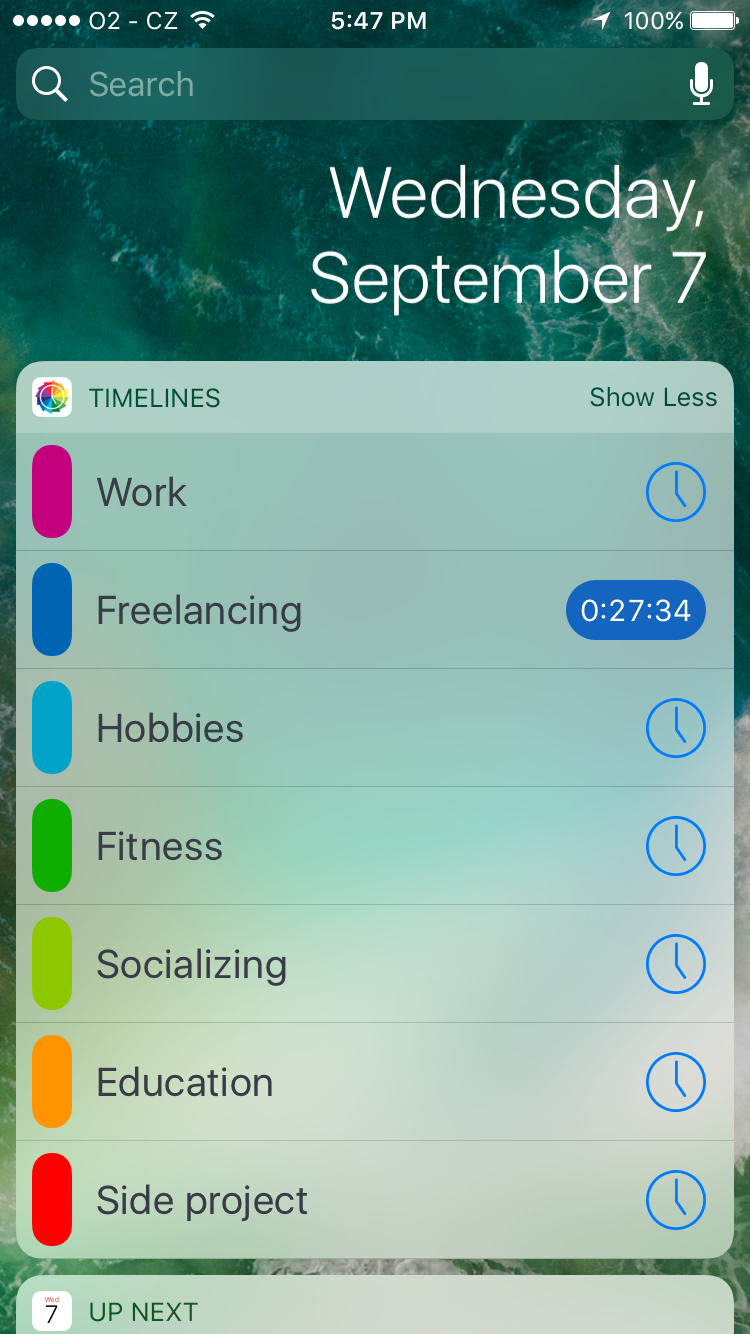 The whole timeline cells are buttons, so it's actually easier to touch them than previously, where you had to tap on the clock icon.

The new widget also respects prompt settings. For example, if you set that you want to be prompted for event details when tracking stops, and you stop the tracking in the widget, Timelines app will get opened and the Edit Event screen will be shown for that specific event.

Tip: You can also tap&hold on a running timer to edit it.

When launching Timelines for the first time, you'll be presented with a 5-screen sequence that will bring you up to speed on the main benefits and features of Timelines, and it will help you set those up.

Here's the first screen of onboarding: 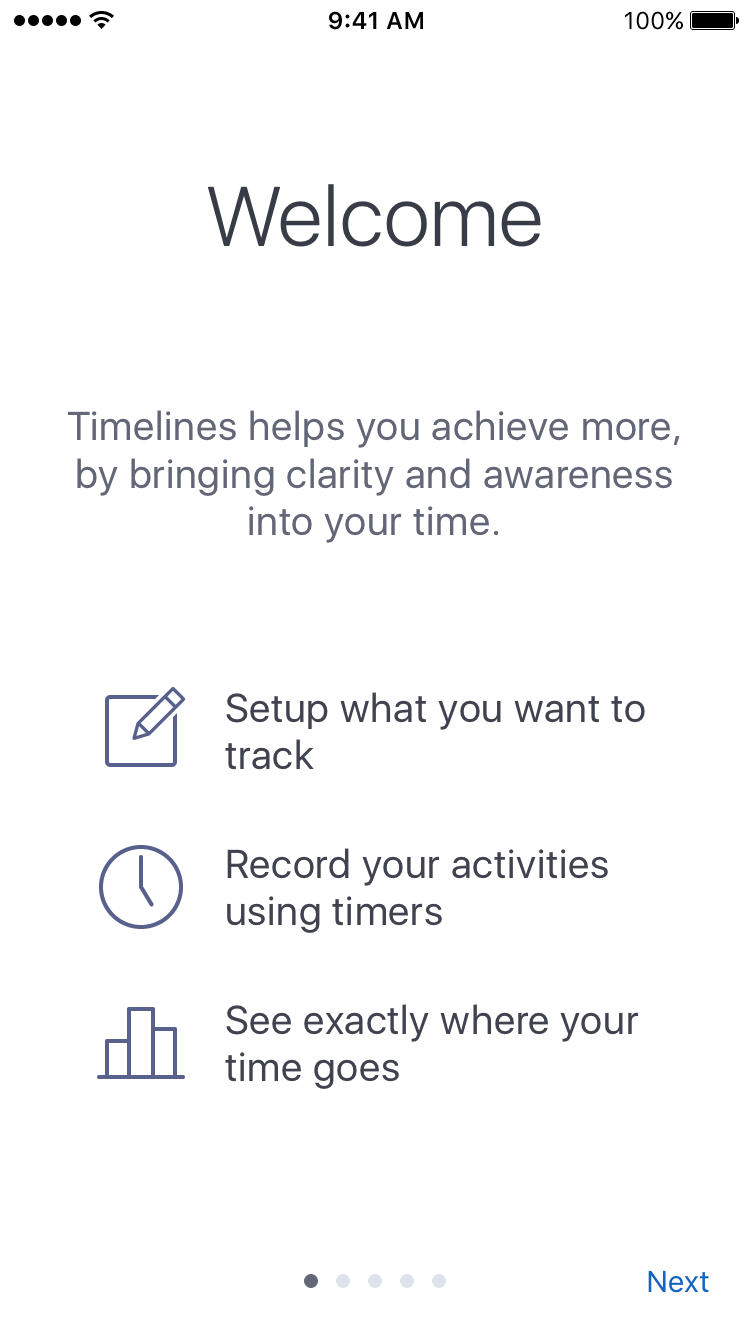 If you are one of those people who track most of what they do throughout the day, you probably are interested in knowing which portion of the time of the day is 'empty' - potentially wasted or unaccounted for. Well, this is precisely what this feature is for. You can enable it in Settings (it's disabled by default).

The interesting thing I found with this is that even at times when I tried to track really everything, I usually ended up with at least 3 hours that were 'empty'.

What's also neat about this is that slices in the pie chart remain proportional between individual days (or weeks). This means, for example, that when you scroll to a new interval, a 1-hour slice will be of the same size as in the previous interval. 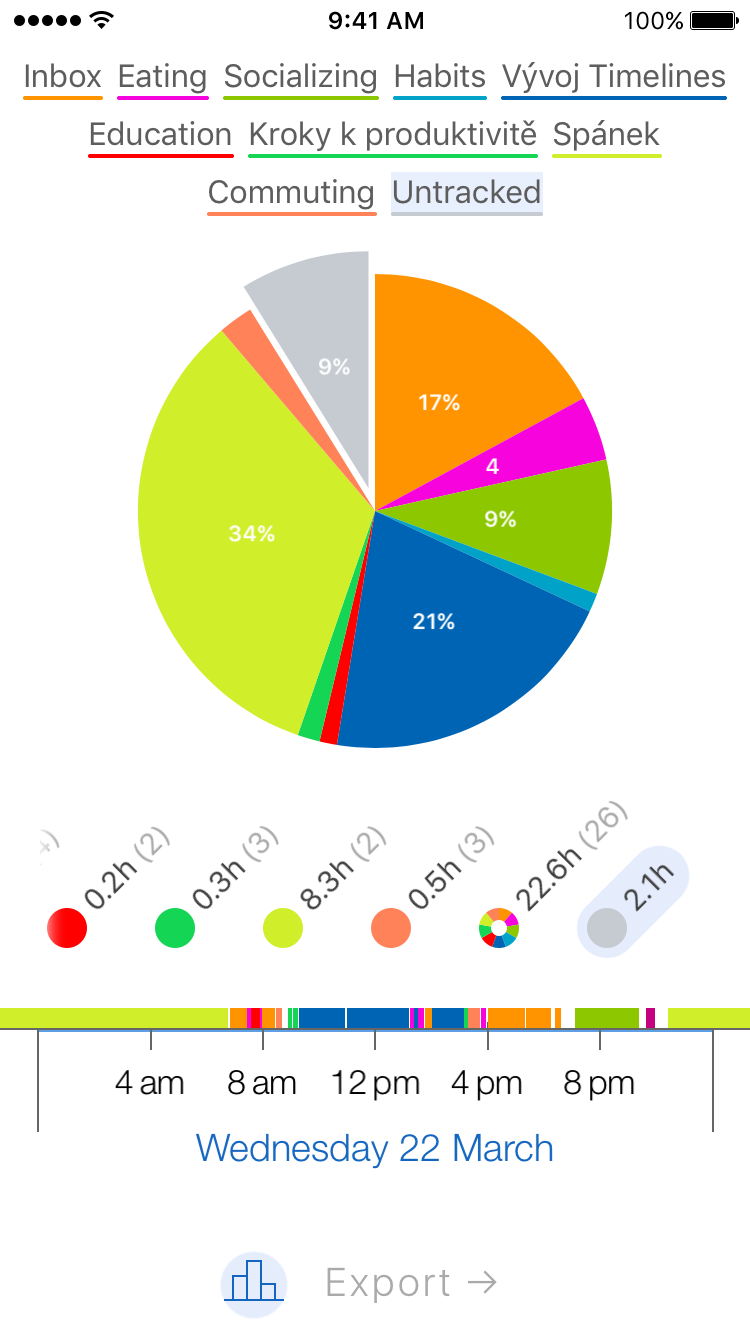 I worked on many other improvements as well: 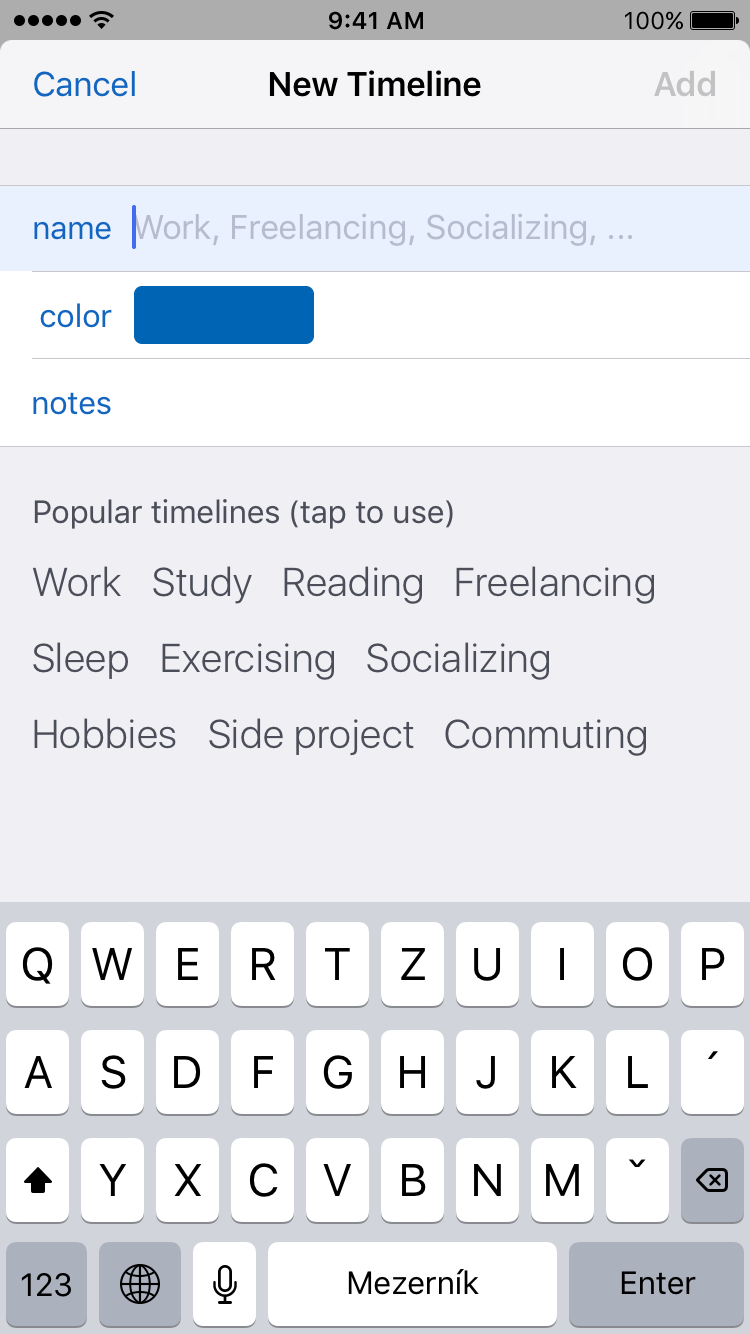 I really hope you will enjoy this update. If you do, please let me know in the comments, or write a review on the App Store - it really helps a lot! Also, if you have an idea how to improve Timelines and haven't shared it with me yet, I'd love to hear about it - you can just ping me at lukas@timelinesapp.io.

Happy tracking, and stay tuned for future updates! I'm working on Timelines almost full-time, and there's a lot of exciting things coming down the road.

I'm very pleased to announce that update 1.5 is ready and available for download! I've worked on it…

A closer look at Reminders in Timelines

One of the biggest hurdles with using time tracking software is to always remember to start and stop timers.…